This Q&A was put together by Soap Opera Digest. To view the original article, click here.

Q: What is your all-time favorite storyline that you have been involved with since you started with DAYS? Thanks! –Jarrod N.

A: To be fair, there are two and you can probably guess what they are. Possession, because of its audacity and groundbreaking ideas, especially surprising by [then-Head Writer] Jim Reilly, because the character possessed was Marlena. The second is the twin story-line, notably important because it was the very first twin story played by real-life twins. My sister, Andrea Gengler [ex-Samantha], was great fun to have on the set originating the character of Hattie because she had been a special ed teacher for decades and had none of the usual restrictions actors usually feel. 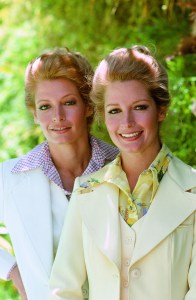 Q: My friends and I gushed and gushed over John and Marlena’s recent wedding! What was it like to say vows in 2018 that were so similar to the vows you and Drake [Hogestyn, John] said at the 1986 wedding? Thanks! –Rose A.

A: There is always extra pressure on the bride and groom in these shows. The entire cast is held captive while you struggle to remember what you’re supposed to say. In this case, Drake and I found these particular vows moving and effective; apparently, you all did, too. 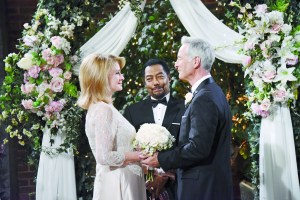 Q: What is the first thing you do when you get to the DAYS studios? –Deepi

A: Dance party in my dressing room [laughs] and then I check in with wardrobe, and then plunk down in hair and makeup and go over my script for the day. Very little happens until we are all camera-ready.

Q: Hi, Deidre. First of all, I love you and I love the storyline you’re in! You’re killing it! Amazing performance! You are going to win that Emmy next year! My question for you: There are some really emotional scenes that just aired, with the aftermath of the shooting at your wedding. For a lot of these scenes, Marlena was unconscious or in a coma. Drake really killed it with these really powerful, emotional scenes and you had to lay perfectly still. What was that like for you? Thanks so much. –Madelon

A: Laying perfectly still in a comfortable hospital bed … with no dialogue? Are you kidding?! An easy, easy day, and the pay is the same! Ha!

Q: G’day, Deidre. Take yourself back to last year. What was it like to play opposite yourself as Hattie? –Cheers, Pat W.

A: Hi Pat, very good to see your name and hear from you. Every actor seeing those scenes understands how technically difficult that is to do. For example, no dialogue can overlap for either character. You’re playing off a stage manager who is reading the alternate dialogue. Having said that, I thought it was a lot of fun and effective having Marlena and Hattie at odds once again. 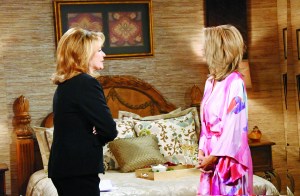 Q: Miss seeing your cute baby sweaters on Facebook. Are you still knitting in your spare time? –Chanda C.

A: I have satisfied my craving for baby sweaters, and my grandchildren will have enough to hold them for quite some time. My new passion is watercolor. And if the wind blows right, I might be making some available by Christmas.

Q: Question for Deidre: If you were going to make a motion picture, what actor would you choose as your co-star? –Marie B.

A: I’m afraid I am uninteresting in my response. I have always had a not-so-secret crush on Dennis Quaid. I even salivate a little bit over his television commercials. I would choose him in a second. 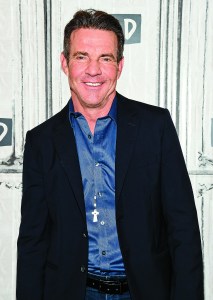 Q: You have indicated many times how much you enjoyed playing a storyline (possession) or a character (Hattie) that was vastly different from the Marlena type. Is there a DAYS character, past or present, male or female, that you would find intriguing to portray, and if so, is there a story arc that captures your imagination as well? (Assume magic space/time trickery allows for such things.) –Lu A.

A: You’ve always heard that it’s much more fun to play a villain, how creatively freeing to be able to slap your co-star on a whim! Ha! What you love about Marlena is that she is restrained and predicable, so you can imagine how much fun it is to play Hattie or to play a character outside the norm.

Q: If there was one character/actor/actress from Marlena’s past you’d like to see return to DAYS, who would it be? Thanks! Been a huge fan since your possession days. –Tim R., Madison, WI

A: It will surprise no one to know that my answer is Wayne Northrop [ex-Roman]. Wayne was always surprising and outrageous, onstage as well as off. We were also social friends, so I have had the pleasure of watching him hurl a 30-pound bale of hay as well as carry a frightened calf up a very steep hill. He’s also very good at my passion, jigsaw puzzles. I have been close to Wayne and [his wife] Lynn [Herring, Lucy, GH] for as long as I can remember. 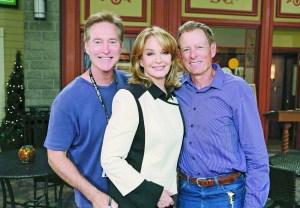 Q: As the mother of two beautiful children, what is the No. 1 lesson (or trait) you hope they learned from you?

A: I am always deeply moved to see my children’s generosity. Several months ago, I watched my youngest bring a homeless man into Subway so he could not only have a meal, but choose it himself. That sort of humanity is something I see often in both my children. 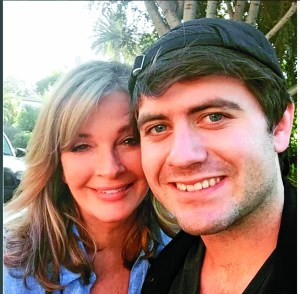 Q: You and Drake recently talked about your long working relationship, and his audition. When Drake first walked into his audition, what made him different than the other actors — and did either of you have any inkling you’d be such a legendary couple more than 32 years later?

A: I have spoken about Drake’s audition in terms of his performance being a real standout; clearly the producers felt the same way. As to becoming a legendary couple, it was no surprise; it is what daytime audiences love and thrive on. I’m always touched by our fans’ fierce loyalty to this particular couple.

Q: What is the coolest and/or weirdest rumor you’ve ever heard about yourself?

A: The tabloids wrote a story once that I hired a woman to have a child for me. Oh wait, that was uncharacteristically true. Ha! Nothing really comes to mind, but do let me know what you might have heard!